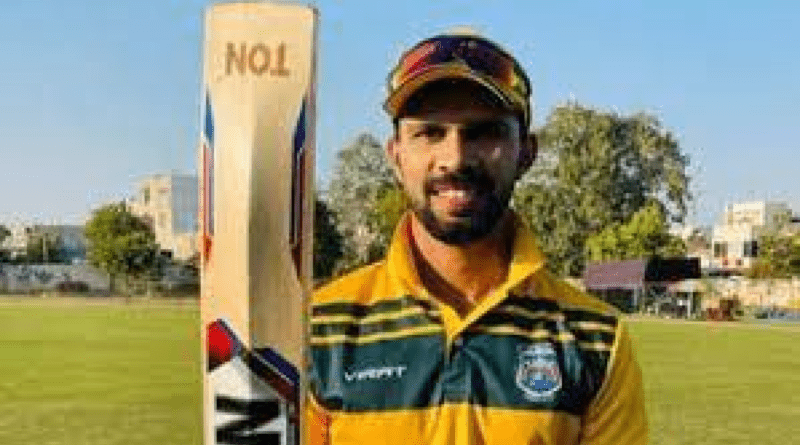 The big question behind Indian Cricket now is to choose between these two flamboyant players, Ruturaj Gaikwad or Priyank Panchal. Maharashtra captain Ruturaj Gaikwad said every member of the team was disappointed. They failed to make it to the knockouts of the Vijay Hazare Trophy one-dayers on Tuesday.

“I think it (not qualifying) was harsh on us,” Ruturaj, 24, told TOI from Rajkot on Wednesday. “We won four out of five games. The teams who have lost two games out of five (Himachal, Vidarbha) have also made it to the next stage.”

Priyank Panchal: A fresher with experience. His profile did get a little bit of lift when he was named India A’s captain for the recent tour. Priyank Panchal’s India call-up has come after 100 first-class appearances and over 7000 runs. But Panchal’s wait could have been longer if not for Rohit Sharma’s hamstring injury that went on to pave the way for his selection in the squad for the upcoming three-Test series in South Africa.

However, what also may have worked in Panchal’s favour is his strength of character as well as perseverance, especially when he played through pain in India A’s second unofficial Test versus South Africa A in Bloemfontein. And that performance came in front of Harvinder Singh, who was at the ground as a representative of the national selection committee.

Jammu and Kashmir pacer Umran Malik was also picked. The 21-year-old, a right-arm pacer, has played just one List A and eight T20 matches so far in his career. He has not played any red-ball game. Malik caught attention with his raw pace during IPL 2021 in UAE. He had clocked 152.95 kph – the fastest delivery of the tournament – during Sunrisers Hyderabad’s game against Royal Challengers Bangalore. On his T20 debut, he picked up 3/24 against Railways which included the wicket of former India player Karn Sharma, who was beaten for sheer pace. He has taken six wickets in four games in the ongoing Syed Mushtaq Ali T20 championships though J&K finished last in Group C.

Ruturaj Gaikwad is not 18-19′: Dilip Vengsarkar bats for CSK star’s selection in ODI squad for SA tour. Former India cricketer Dilip Vengsarkar has urged the selectors to pick in-form batter Ruturaj Gaikwad in India’s ODI squad for the upcoming series against South Africa. India are scheduled to play a three-match Test series followed by three ODIs in South Africa with the tour starting from December 26. Vengsarkar feels Gaikwad has scored enough runs and deserves a spot in the ODI team.

Gaikwad was instrumental in helping Chennai Super Kings (CSK) lift their fourth IPL title this season. He finished as the highest run-getter of IPL 2021 with 635 runs in 16 matches and has continued his purple patch in the ongoing Vijay Hazare Trophy. Gaikwad is currently the leading run-getter in the Vijay Hazare Trophy with 435 runs in just four matches including three centuries.

He has been knocking at the selectors’ door for a while now and is likely to be selected in the ODI squad having already made his T20I debut earlier this year. Vengsarkar believes the 24-year-old should be picked straight away and given a proper run in the ODI series against South Africa.

“You must pick a man in form. How many more runs does he need to score to prove himself? It is high time the selectors pick him straight away and give him a proper opportunity,” Vengsarkar was quoted as saying in an interview by Times of India.

India’s newly-appointed ODI captain Rohit Sharma has injured himself ahead of the start of the South Africa tour and has been ruled out of the Test series. He also remains in doubt to take part in the ODI series. In case, Rohit fails to recover in time for the ODIs, Gaikwad might be tested as an opener against South Africa.

Team India has been dealt with a massive blow as its Test Vice Captain Rohit Sharma has been ruled out the team’s Test squad. The team is set to tour South Africa for a 3-match Test series followed by a same number of ODI matches.

The first match of the 3-match Test series will take place at Centurion’s SuperSport Park from December 26. As per the BCCI, Rohit has yet again suffered a hamstring injury, this time on his left leg thigh. It is worth mentioning, that the 34-year-old has dealt with major injuries off-late which has forced him to miss an entire series in the recent past as well. While it was a calf injury which ruled him out of the Tests against New Zealand in 2020, he had suffered a hamstring injury before the 2021 Australia tour to rule him out again before a major series.

As far as Rohit Sharma’s current nature of injury is concerned, he had complained of discomfort to the support staff at the practice session itself on Sunday when he spoke about the limited-overs captaincy in an interview to bcci.tv. The tests were done on Monday by the physios and that’s when the serious nature of the injury came to light. Hence, Rohit did not check into the Mumbai hotel where the members of the South Africa-bound squad are undergoing quarantine.

Gujarat’s captain and India A’s skipper in the recently concluded three-match Test series against South Africa ‘A’ in Bloemfontein is Priyank Panchal. He has been named as Rohit Sharma’s replacement in India’s 18-member Test squad that was announced the previous week. Panchal has amassed truckload of runs for his home side Gujarat over the years. He has played a total of 100 First-class matches (163 innings) till date, and has amassed a total of 7011 runs at a stellar average of 45.52, and a personal best score of 314*. Priyank made his First-Class debut in the year 2008.

Panchal has also struck a total of 25 half-centuries and 24 centuries in the process. As far as the List-A matches are concerned, Panchal has scored 2854 runs across 75 matches at an average of 40.19. He has 18 fifties and 5 centuries under his name. During the recently concluded three-match Test series against South Africa ‘A’ in Bloemfontein, Panchal scored 120 runs for India ‘A’ at an average of 40 in three innings with a high score of 96.

In December 2018, Ruturaj Gaikwad was bought by the Chennai Super Kings (CSK) in the player auction for IPL 2019

On 2 October 2021, Gaikwad scored his first IPL century, with 101 not out against the Rajasthan Royals in the 2021 tournament. On 15 October, Chennai Super Kings beat Kolkata Knight Riders by 27 runs in the finals with Gaikwad contributing to CSK’s total by scoring 32 runs off 27 balls. He won the Orange Cap for scoring the most runs (635) in the 2021 tournament and was also awarded the Emerging Player of the Year award. In June 2021, Gaikwad was named in India’s One Day International (ODI) and Twenty20 International (T20I) squads for their series against Sri Lanka. He made his T20I debut on 28 July 2021, for India against Sri Lanka.

Priyank Panchal’s India call-up has come after 100 first-class appearances and over 7000 runs. But Panchal’s wait could have been longer, if not for Rohit Sharma’s hamstring injury that went on to pave the way for his selection in the squad for the upcoming three-Test series in South Africa.

Only time will tell us who Ruturaj Gaikwad or Priyank Panchal qualifies and sustains the extreme pressure of performing in the upcoming international matches. 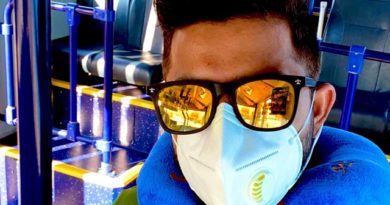 One thought on “Ruturaj Gaikwad or Priyank Panchal?”