Why the BCCI Future Tours Programme (FTP) is important for ICC?

It’s time when the new Future Tours Programme (FTP) for the years 2023-2031 will be finalized; the ICC continues to be heavily dependent on the BCCI for revenue.

The Board of Control for Cricket in India has chalked out a plan to help countries that have been hit hard financially due to the Covid-19 pandemic. BCCI secretary Jay Shah has promised solutions to the Future Tours Programme with India likely to tour smaller teams for bilateral series once the pandemic ends. The Board has carried out an exercise to evaluate how much income each cricketing nation has lost during the pandemic. Mr. Shah will do the FTP restructuring during an ICC meeting this week. India has vouched to play more bilateral matches against smaller teams once the pandemic ends — a move that will help generate revenue for their cricket boards. Shah is BCCI’s representative on the ICC. The IPL 2022, on the other hand, is on its way and running successfully.

The ICC has chosen to wait and watch before canceling the T20 World Cup this year. BCCI officials say that the chances of the event going ahead are slim. It is likely to prioritize these tours over tournaments like T20 World Cup and Asia Cup as they earn a lot more through these matches.

BCCI earns Rs 2500 crore from the IPL, around Rs 950 crores from bilateral cricket in 2020-21. It also gets Rs 380 crores annually from its revenue share from ICC. Every participating board is only expected to earn Rs 60-90 crore from the T20 World Cup. BCCI makes Rs 60 crore for just one home match from its deal with broadcaster Star.

However, with the Covid-19 pandemic intensifying in India, the BCCI could yet lose a lot of revenue in the coming months. Although it is unlikely to force the board to cut the salaries of its staff. Meanwhile, Sri Lanka Cricket (SLC) has offered to co-host the IPL, to benefit from staging fees. SLC, as well as Cricket West Indies, are out to sell their media rights and in the current market scenario, have found no takers.

With most of the sports world has ground to a halt over the coronavirus pandemic. The Tokyo Olympic Games, the NBA season, and soccer’s Champions League, along with many other major tournaments, have been postponed. Wimbledon has been canceled for the first time since World War II. We just have to keep our fingers crossed and watch The Board of Control for Cricket in India to keep up to the plan bring it into action. 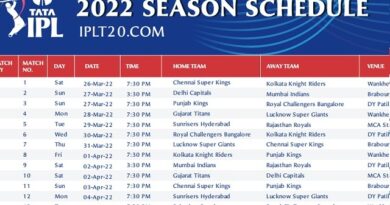 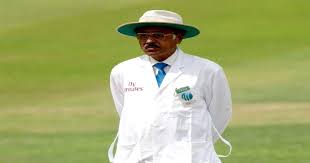